Lean Marine has announced that the propulsion automation system FuelOpt™ is AI-ready and can play a key role in enabling automated propulsion optimization onboard AI-assisted vessels.
by Deniz Aydinoglu 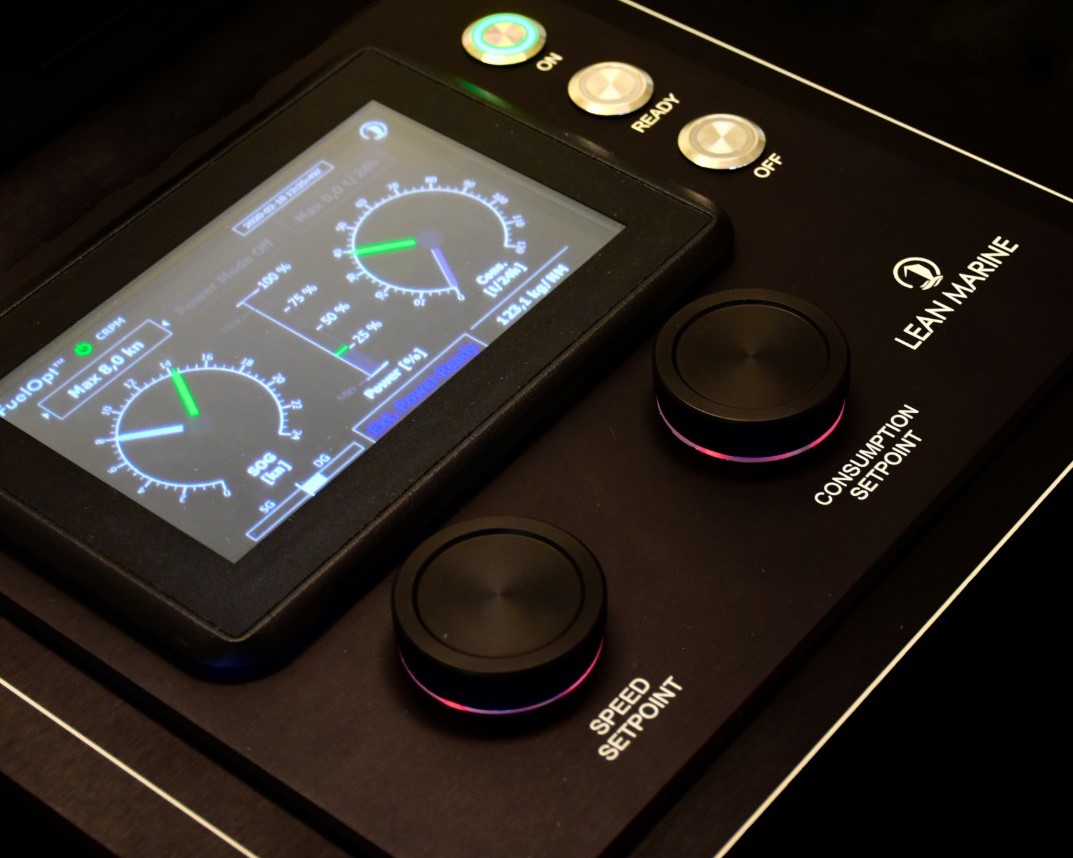 With digitalization playing an increasingly dominant role in the shipping industry, ship operators are exploring the use of Artificial Intelligence (AI) with the aim of achieving operational excellence. Knowledge driven transformation of big data unlocks the possibility of human and AI-assisted intelligence which can go beyond traditional analytics to predict future outcomes. Digital twin modelling through deep learning neural networks enables advanced performance analysis and future voyage prediction in terms of route planning, speed optimization, ETA simulations and more.

As an AI-ready technology, Lean Marine’s FuelOpt™ automated propulsion optimization system sits at the heart of any AI-assisted voyage.

Stena Line, one of the world’s largest ferry operators, aims to be fully assisted by AI in 2021. The Stena Fuel Pilot AI software is one of their most important projects. With support from AI and machine learning, the software, that is being installed fleet-wide during 2020, will support the captains and crew to reduce the fuel consumption by predicting the most economical route, considering factors such as weather, currents and other variations.

FuelOpt™ was chosen by Stena Line for its ability to optimize propulsion in real-time based on AI commands on required values of power combined with the possibility for the operator to set limitations on fuel consumption and/or speed.

Lean Marine is also collaborating with UECC for their first AI-assisted voyages on varying routes and in varying conditions. In February 2020, Lean Marine and UECC undertook the first AI-assisted voyage. After collecting vessel data throughout 2019 via FuelOpt™, the preparation of a digital twin of the vessel and a model of how varying conditions (e.g. wind, current/waves, loading conditions, etc) affect the vessel became possible. This enables accurate predictions of future voyages and allows ship operators to observe the alignment between the AI-predicted voyage and reality while continuing to observe increasing amounts of fuel savings.

As an ‘on-top’ propulsion automation solution, FuelOpt™ can achieve direct fuel savings of up to 15% with return on investment in less than one year. FuelOpt™ harnesses the power of digitalization by gathering vessel data in real-time from the sensors onboard a vessel. Propulsion data produced by FuelOpt™ and data inputs on satellite weather, crew reporting and more are integrated into Fleet Analytics™, Lean Marine’s state-of-the-art performance management and reporting software. Fleet Analytics™ then enables the conversion of this big data into knowledge and allows both personnel onshore and onboard to gain insight about operational performance. This way, Lean Marine customers get a data platform that is an enabler for AI-ready future developments.

FuelOpt™ is perfectly positioned for use on AI-assisted voyages, not only for its digitalization aspects but also for its patented features that automatically and directly optimize the propulsion line. To achieve the system’s AI-ready status, Lean Marine has invested in several patents focused on speed and fuel consumption management with machine learning- based algorithms that are adaptive to varying conditions in real-time and take load control and shaft power into account. Therefore, FuelOpt™ ensures maximized power optimization while allowing the vessel to achieve minimum fuel consumption at every given point throughout a voyage.

Linus Ideskog, Director of Development and Product Management at Lean Marine says: “Digital twin modelling and voyage predictions enable us to determine ‘the perfect simulated journey’, however, it is core to making ‘the perfect journey’ a reality by semi-autonomous voyage execution. At Lean Marine, we have seen great results on operational excellence achieved through a balanced combination of technology and human intervention. We create this balance by providing meaningful tools that hide the complexity of advanced AI algorithms behind an easy-to-understand user interface. This makes FuelOpt™ a key enabler in an AI-assisted vessel project to assure direct and tangible fuel savings through automated propulsion optimization.”

Prev Article Next Article
BACK TO TOP